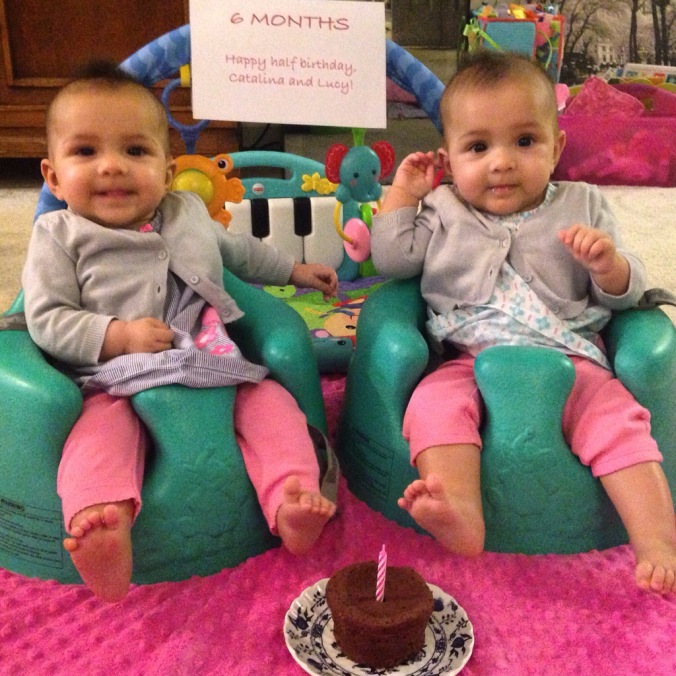 I can’t believe the girls are six months old. It seems so much older than five months, because now they’re closer to a year than newborn. I thought I’d be sad that they’re not new babies anymore; I actually dreaded their half birthday for a while because it means they’re on the edge of all the developmental leaps that make them toddlers. Now I understand why people have babies so close together, something I couldn’t fathom when I was waking 3-4 times a night convincing a baby to stay awake long enough to eat. 🙂

They’re certainly acting like six month olds, and it’s so fun to root for them as they reach for toys, roll to grab them, and even scoot around to get where they want to go. I can’t leave them alone together without them grabbing each other's faces and stealing toys. It's actually getting hard for them to even play near each other!

The other day I left the room for a minute and came back to find Lucy with her pants off, lying next to her, and Catalina's feet on her face. I can't even figure out how Lucy's pants came off, or how Catalina took them off while she was busy poking her sister's eyes with her toes. 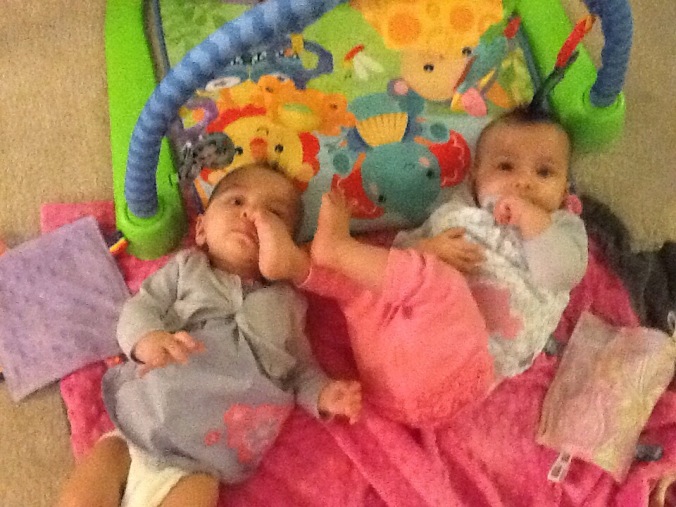 I’m keeping my fingers crossed they turn into good play buddies once they’re old enough to learn such things. I think they will — they love each other.